Overseeing management and operating the Laboratory for DOE/NNS

Organization and LLNS board members in FY 2018

LLNS is a limited liability company managed by members Bechtel National, Inc.; the University of California; BWXT Government Group, Inc.; and the URS Division of AECOM. Battelle Memorial Institute also participates with LLNS as a teaming subcontractor. Cutting-edge science is enhanced through the expertise of the University of California and its 10 campuses and LLNS’ affiliation with the Texas A&M University system.

The Honorable Ellen Tauscher
Board Chair

Kimberly Budil, Ph.D.
Chair of the Nominations and Compensation Committee

Vice President for National Laboratories, University of California, Office of the President

Robert Powell
Chair of the Science and Technology Committee

Robert DeGrasse
Chair of the Business, Operations, and Security Committee

Donald Kintzer
Chair of the Ethics and Audit Committee 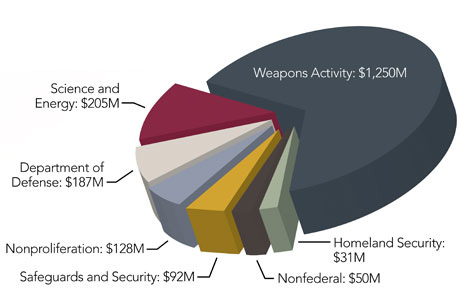 Seven laboratory directors and a U.S. Air Force general were among the many colleagues and friends who paid tribute to John Nuckolls as he was presented the John S. Foster Jr. Medal on November 8, 2018. Nuckolls was recognized for his significant contributions to national security as an innovative intellectual leader, the driving force behind the quest for inertial confinement fusion, and the seventh Laboratory director. As director, Nuckolls envisioned the risks that the nation would face post-Cold War and positioned LLNL to be responsive to the challenge. He is the fourth recipient of the Foster Medal, established by LLNS in honor of the award’s namesake.