With its science and technology (S&T) capabilities, Livermore makes fundamental discoveries about nature, develops innovative technologies that improve life and drive the economy, and carries out its mission to improve national security.

A breakthrough technology developed by a University of California (UC) at Berkeley–Livermore team creates an entire 3D part at once. Like computed tomography in reverse, the process is called computed axial lithography (CAL). A projector beams a series of computer-generated images into a container of photosensitive syrup-like resin while the container rotates. After a few-minute exposure, the fluid is drained, leaving behind a complete, fully formed 3D object. Uniquely shaped polymer parts can be made much more quickly with CAL than layer-by-layer methods. CAL has many potential industrial applications because it is easy to use, less expensive, many times faster than existing 3D techniques, and amenable to a wide range of materials.

Livermore made many other advances in additive manufacturing in FY 2019. LLNL researchers developed "field-responsive mechanical metamaterials" (FRMMs), which include a viscous, magnetically responsive fluid that is injected into the hollow struts and beams of 3D-printed lattices. FRMMs are a new class of metamaterials that can almost instantly respond and stiffen into 3D-printed structures when exposed to a magnetic field. They could be applied to next-generation helmets, wearable armor, and many other applications. An LLNL–UC Davis team developed techniques to reduce effective residual stress in 3D-printed metal parts by 90 percent. By using laser diodes, originally developed for the National Ignition Facility, temperature gradients and cooling rates can be bette controlled as parts are printed and annealed.

A Livermore–UCLA team developed 3D-printed mechanical logic gates that could be printed onto materials, allowing them to respond to environmental changes such as temperature, pressure, and radiation, creating "sentient" materials. Livermore researchers also created the first research-grade, open-architecture multibeam metal 3D printer. They are developing advanced diagnostics to better understand the mechanics behind the multibeam process. These multibeam systems will help increase the size and speed of 3D-printed builds.

Manipulating matter at the atomic and molecular levels allows scientists to optimize material properties for applications ranging from energy or information storage to biomedical technologies. In FY 2019, Livermore researchers and their partners studied spiders to learn how silk nanostructure feedstocks are assembled within glands to produce silk, a biomaterial with a tensile strength similar to steel wire of the same thickness. This knowledge could lead to the development of artificial silks for use in biomedical, architectural, and mechanical applications. Another research team developed synthetic solid-state nanopores that can discriminate between sodium and potassium ions, which are similar in size. These nanoporous materials function much like the biological channels that allow a neuron to fire, and they could one day be used to repair damaged living tissue.

New research by Livermore scientists shows that solar cell efficiency can improve by using metal nanowire meshes that provide high transmissivity and electrical connectivity. The experimental results of an international team that included LLNL scientists may help increase the energy efficiency of smart phones and enable more data storage. They examined at the atomic level how phase-change materials, used in modern smart phones, transition from glassy to crystalline material states to store information. The knowledge gained can be applied to better optimize materials. Finally, a Livermore team developed a new class of metals that makes possible many applications in electronics and electrical wiring. In the past, as metal strength increased, electroconductivity decreased. These new materials, micro-alloys of copper and silver, have high tensile strength and high electroconductivity. 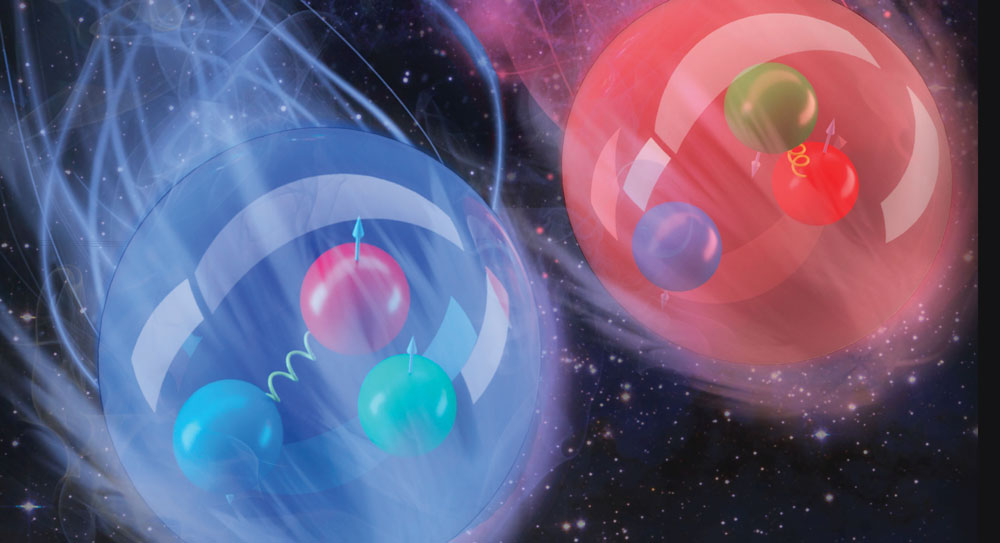 An international team including Livermore scientists found the answer to a 50-year-old puzzle. Beta decays of atomic nuclei are slower than expected due to correlations and interactions between two nucleons. The findings fill a long-standing gap in physicists' understanding of beta decay (when protons inside atomic nuclei convert into neutrons or vice versa), a key process stars use to create heavier elements. For decades, experimental measurements of beta decay did not match theoretical predictions. Combining modern theoretical tools with advanced computation, the team reconciled the discrepancy for a considerable number of nuclei.

A Livermore-led team was awarded Best Paper at the SC19 supercomputing conference in November 2019 for work sponsored by DOE and the National Cancer Institute. A first-of-its-kind multiscale simulation predictively modeled the dynamics of RAS proteins—a family of proteins whose mutations are linked to more than 30 percent of all human cancers. Scalable to next-generation supercomputers, the Multiscale Machine-Learned Modeling Infrastucture built by the team simulates the interaction between RAS proteins and eight kinds of lipids at the macroscale, as well as on a molecular scale. Importantly, a machine-learning (ML) algorithm saves a vast amount of compute time by determining which lipid "patches" are interesting enough to more closely examine with micromodel simulations. The generated predictions will be tested experimentally, with results feeding back to further improve the ML model.

High-performance computing (HPC), ML, and big-data analytics are also central to work LLNL is performing with the Cancer Registry of Norway (CRN). One focus of the U.S.–Norwegian partnership is combining CRN's vast amount of data from a broad range of cancer types and using the data to develop algorithms to predict cancer occurrence and five-year survival rate.

In one of many experimental efforts, a team of Livermore scientists developed a way to determine how many cancer cells are required to initiate a tumor in another part of the body. Metastatic cancer is generally incurable and accounts for the majority of cancer-related deaths. Understanding the molecular and biological basis of metastasis is essential for conquering it. Their method uses the Laboratory's accelerator mass spectrometer, which can detect a single cancer cell among a million noncancer cells. 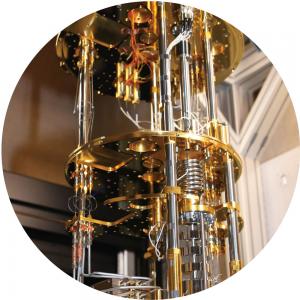 Seven of the world's top 100 computer systems (according to the TOP500 List) are located at LLNL. They are applied by researchers to address the Laboratory's challenging missions and advance S&T. Ranked No. 2 and No. 10, Sierra and its quarter-size unclassified companion, Lassen, are setting the path toward exascale computing (see Sierra Supercomputer in Operation). Their hybrid architecture features significant reliance on graphics processing units, which demands major changes to system-supporting software (see Expanding Industrial Partnerships) and simulation codes. One example is LLNL researchers' performance optimization of Cardioid, a code that simulates the electrophysiology of more than 400 million cells in a beating human heart. Cardioid is being readied for virtual drug screening and clinical applications. In 2019, Livermore also accepted delivery of Corona, a new HPC cluster that will provide unique capabilities for the Laboratory and industry partners to explore data science, ML, and big data analytics. Laboratory researchers are scaling ML algorithms for use on its HPC systems. They are applying ML to scientific analysis problems with large data sets such as detecting illicit nuclear proliferation activities by analyzing Internet data as well as big data problems in inertial confinement fusion and protein biology.

LLNL is also home to two quantum computing system testbeds—one for quick tests and prototyping of components and the other for mature experiments. Researchers are bringing expertise in HPC, engineering, materials science, and cryogenic and quantum physics to the development of innovative system architectures and components. These research and development efforts span qubit design, quantum-processor-unit configuration, quantum chip circuitry, and quantum materials science.

Researchers from Livermore and UC San Francisco are using the implantable arrays to collect real-time data across multiple areas of the brain. The new platform is capable of continuously measuring the activity of nearly 400 single neurons over a period of at least five months from devices distributed in multiple regions of rodent brains. The team is working toward technologies for high-fidelity, long-term monitoring to study patterns of learning and how memory changes over time. LLNL researchers and collaborators have also combined clinical data with HPC simulations to make breakthrough advances in understanding traumatic brain injury. In June 2019, officials from the National Football League visited Livermore to learn about the work.

Livermore's interest in materials at high-energy-density (HED) conditions ranges from static properties found in the core of giant planets to the phase changes that occur under dynamic conditions. To study static properties, researchers use diamond anvil cells (DACs), small mechanical presses, to slowly squeeze materials to ultrahigh pressures. These experiments have been limited to pressures of about 300 gigapascals (GPa), somewhat less than the pressure at the center of the Earth. LLNL's new toroidal DAC has successfully compressed seven different metals beyond 400 GPa and can squeeze materials to pressures approaching the conditions at the cores of giant icy planets.

In addition, scientists from LLNL and several European institutions developed a next-generation dynamic diamond anvil cell (dDAC) that is more than a thousand times faster than current capabilities. Installed at the Deutsches Elektronen-Synchrotron, the dDAC can be used to simulate fast dynamic processes such as earthquakes and asteroid impacts. In other HED experiments, conducted at Argonne National Laboratory's Advanced Photon Source, LLNL researchers and collaborators used laser shock compression to discover a new structure in gold that exists at two-thirds the pressure found at the center of the Earth.

LLNL and collaborating institutions brought into operation the Precision Reactor Oscillation and Spectrum Experiment (PROSPECT), an antineutrino detector sited near a nuclear reactor to probe the possible existence of a new form of matter—sterile neutrinos. The great technical achievement of PROSPECT was developing detection technology that could preferentially select the extremely rare antineutrino interactions of interest with high efficiency, while simultaneously identifying and rejecting vastly more frequent background neutron interactions stemming from the nuclear reactor, which is the antineutrino source.

Livermore researchers captured four R&D 100 awards in 2019. This year's winners include: SPACK, a software-package management tool for HPC applications; IMPEDE®, a medical device that reduces blood flow to reduce health risks; SCR, a software package for HPC simulations to take advantage of hierarchical data storage systems; and the MC-15 Neutron Multiplicity Detector for quickly identifying and assessing nuclear threats. In addition, the Applied Biosystems'™ Axiom™ Microbiome Array (ABAMA), based on LLNL technology, is the most comprehensive microorganism detection platform built to date and won an Excellence in Technology Transfer Award from the Federal Laboratory Consortium.

When the Large Synoptic Survey Telescope (LSST) starts imaging the southern sky in 2023, it will take photographs using optical assemblies designed by Livermore researchers and built by Laboratory industrial partners. A key feature of the camera's optical assemblies is its three lenses. One is 1.57 meters (5.1 feet) in diameter—the world's largest high-performance optical lens (shown). LSST will take digital images of the entire visible southern sky twice each week, revealing unprecedented details of the universe and helping unravel some of its greatest mysteries.