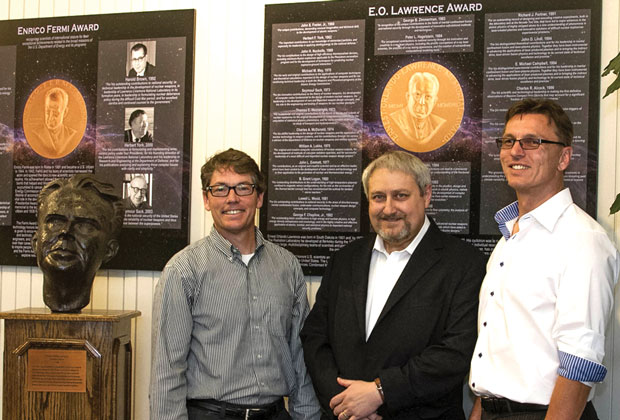 Two Lawrence Livermore researchers were recipients of the 2013 E. O. Lawrence Award, which recognizes mid-career U.S. scientists and engineers for exceptional contributions in support of DOE and its mission to advance the national, economic, and energy security of the United States. Stephen C. Myers was recognized for his work developing seismic monitoring technologies to locate nuclear explosions. Former LLNL scientist Siegfried H. Glenzer was recognized for his work on NIF, including full-scale inertial-confinement fusion hohlraum experiments.

Contributing to the Nobel Peace Prize

The Laboratory’s Forensic Science Center is one of only two U.S. laboratories accredited to conduct chemical weapons-related testing for the Organisation for the Prohibition of Chemical Weapons, which received the 2013 Nobel Peace Prize for its efforts to eliminate chemical weapons. Livermore performs testing to detect, in samples, traces of the dangerous agents and their precursors—the chemicals used to make the weapons. 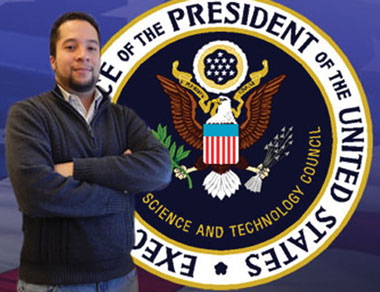 Miguel Morales-Silva was selected by the White House for one of the Presidential Early Career Awards for Scientists and Engineers (PECASE) for 2014. Morales-Silva was recognized for his research on first-principles descriptions of materials at high pressure and temperature using density functional theory and quantum Monte Carlo techniques. The PECASE awards are the highest honor bestowed by the U.S. government on science and engineering professionals in the early stages of independent research careers.

Todd Gamblin and Jennifer Pett-Ridge were selected by DOE’s Office of Science for Early Career Research Program Awards. Gamblin was selected for his work to accelerate the adaptation of scientific simulation codes to increasingly powerful supercomputers. Pett-Ridge was selected for her study of microbes that drive carbon transformation in tropical soils.

Eleven teams of Laboratory scientists and engineers received an NNSA Defense Programs Award of Excellence in recognition of work performed in 2013 supporting Defense Programs missions. The teams were presented with their awards by NNSA Deputy Administrator for Defense Programs Don Cook. 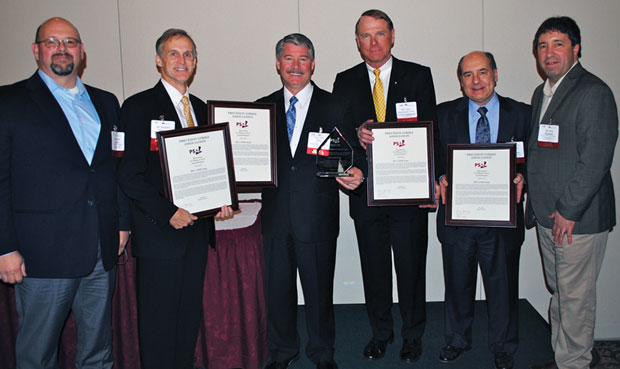 The team that developed the BLU-129/B low-collateral-damage weapon, which includes contributors from LLNL, received the 18th annual William J. Perry Award in recognition of “the immediate and long-term impact the BLU-129/B has had and will have on combat operations.” The award “also honors the impressive public and private sector partnership that led to this technological advance.”

Abhinav Bhatele received the 2014 Young Achievers Award from the Technical Committee on Scalable Computing of the Institute of Electrical and Electronics Engineers. The award acknowledges early-career individuals who have made outstanding, potentially long-lasting contributions in the field of scalable computing. Bhatele’s work focuses on optimizing communications on different supercomputers—often a major bottleneck to scalability.

The Transformational and Applied Research Directorate of the Department of Homeland Security’s Domestic Nuclear Detection Office (DNDO) recognized Natalia Zaitseva and the Laboratory as a whole with the DNDO Award for Exceptional Performance, in recognition of “exceptional support to the mission of DNDO.”

John Edwards was named winner of the 2014 Leadership Award from Fusion Power Associates. Edwards was cited for his many scientific contributions and managerial leadership in research efforts on inertial confinement fusion and high-energy-density plasma physics.

Susana Reyes was elected chair of the American Nuclear Society’s (ANS’s) Fusion Energy Division. Reyes, who has a long history of service with ANS, works in neutronics and materials-damage simulations in support of high-energy accelerators and NIF, among many other areas.

Lawrence Livermore scientists Charles Westbrook and William Pitz were named to the Thomson Reuters list of “The World’s Most Influential Scientific Minds.” Their work on combustion modeling has been incorporated into simulations used by the auto industry and others to optimize engine design and reduce emissions.

Livermore’s Zhi Liao was named a senior member of the Optical Society of America (OSA). Liao was recognized for his contributions to optics research and for his service to the optics community. He has contributed to many of LLNL’s successful laser projects, including the Mercury Laser and NIF.