Overseeing management and operation of the Laboratory for the U.S. Department of Energy and the National Nuclear Security Administration

Associate Vice President for National Laboratories, University of California, Office of the President

Chair of the Business, Operations, and Security Committee 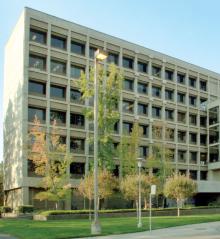 The Search for the Next Laboratory Director

In late July, the search began for the next director of LLNL. As agreed to by the LLNS partners, the University of California (UC) is responsible for leading the search. Charlene Zettel, UC regent and chair of LLNS Board of Governors, chairs the search committee and Charlie McMillan, former Los Alamos director and before that a longtime LLNL employee, led the screening task force. The position was posted nationally with applications and nominations submitted by mid-October. At the conclusion of the process, the Laboratory director candidate nominated by UC was submitted to the LLNS Board of Governors for approval and the DOE for concurrence.