LLNL’s foremost responsibility is to ensure the safety, security, reliability, and effectiveness of the nation’s nuclear arsenal. The knowledge gained through experiments, theory, and simulations is applied to assess the condition of stockpile weapons and to develop and certify needed modifications with confidence in the absence of nuclear tests.

In FY2013, LLNL increased rigor and quality in Cycle 18 of the annual stockpile assessment. As part of the overall process, the nuclear design laboratories (Livermore and Los Alamos) each conducted a comprehensive peer review of the other’s designed weapons. Laboratory scientists continue to improve the baseline weapons-physics simulation codes that support the annual assessments and certification of weapons. Ongoing experimental programs provided data that enabled marked improvements in the predictive capability of weapons physics models for simulating high-explosives performance and the dynamic properties of materials.

NNSA and the Department of Defense are engaged in an option selection, detailed design, and costing study (Phase 6.2/6.2A) to extend the life of the W78 warhead on Minuteman III, which has aged beyond its planned service life. Options are being considered for interoperability of the nuclear explosive package with the U.S. Navy’s W88 delivery system. In addition to addressing aging concerns, the W78/88-1 life-extension program (LEP) is examining incorporation of enhanced safety and security features as part of the changes that would be made to the warhead. Technical information developed at LLNL, which is the lead nuclear design laboratory for the effort, is enabling an early focus on the preferred design concept and down-select of the pit and nuclear explosive package.

LLNL is partnered with Sandia National Laboratories–California to develop concepts for the U.S. Air Force’s bomber-delivered Long-Range Stand-Off (LRSO) weapon to support the NNSA goal of an early warhead down-select. The California team is considering options ranging from minimal changes to existing warheads to full LEPs, identifying best choices for the LRSO weapon, and recommending the prompt start of a Phase 6.2 study.

In support of LEPs, LLNL is exploring the potential use of additive manufacturing techniques for cost-efficient production of weapons parts. In addition, the Laboratory worked with Los Alamos to produce the first engineering-development-unit W87 pit, demonstrating the production of another pit design in the PF-4 plutonium facility at Los Alamos.

In April 2013, the Sequoia supercomputer transitioned to classified operations as a user facility in support of the Stockpile Stewardship Program. The IBM BlueGene/Q machine, capable of performing at 20 petaflops (quadrillion floating-point operations per second), demonstrated its remarkable capabilities in record-breaking simulations performed before the transition. For example, an international team of scientists won the Gordon Bell Prize in 2013 for a 13-trillion-cell fluid dynamics simulation of a collapsing cloud of bubbles.

Sequoia greatly enhances the ability to assess the condition of the stockpile, understand aging issues and resolve significant findings in weapons systems, and carry out LEPs. Sequoia enables higher-fidelity physics models in simulations and makes it possible to run large suites of simulations to better quantify uncertainties.

As Sequoia moved into classified operations, NNSA reached a key step (Critical Decision-0) toward acquisition of the next major computer platform to be deployed at LLNL. The machine, called Sierra, is planned to go into service as a tri-NNSA-laboratory resource in FY2018. LLNL is working with Argonne and Oak Ridge national laboratories on the five-year effort. A request for proposals will be released from LLNL in FY2014 for the acquisition of three systems, one for each laboratory. It is expected that the LLNL system will operate at between 100 and 200 petaflops (peak speed). 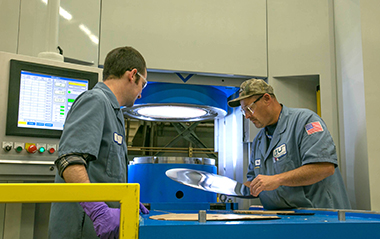 Laboratory scientists fast-tracked work on two integrated weapons experiments (IWEs) at hydrodynamic testing facilities at Los Alamos and the Contained Firing Facility (CFF) at LLNL’s Site 300. A surety experiment also was conducted at CFF related to the W78/88-1 LEP. In one case, typical preparation time of 18 to 24 months was shortened by a factor of two. Altogether, five IWEs were prepared for execution in early FY2014. Other experimental activities included tests at Site 300 to understand the thermal loads on the B83 bomb and ensure that the weapon system meets performance requirements. 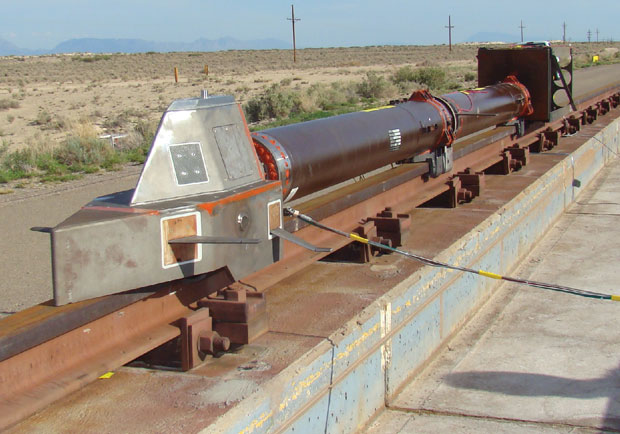