Recognition by the scientific community and other stakeholders affirms the high quality of Livermore's work and innovative spirit. The awards on these pages showcase the efforts of the Laboratory's talented staff.

Four LLNL scientists received the prestigious Presidential Early Career Award for Scientists and Engineers (PECASE). Félicie Albert, Daniel Casey, Richard Kraus, and Arthur Pak were awarded the highest honor bestowed by the U.S. government on scientists and engineers who are early in their careers and have distinguished themselves in their respective fields. PECASE awardees also have demonstrated public service through educational and community outreach.

Climate scientist Benjamin Santer received the 2019 William Procter Prize for Scientific Achievement from the Scientific Research Honor Society Sigma Xi. The prize is awarded to a scientist who has made an outstanding contribution to scientific research and has demonstrated an ability to communicate the significance of this research to scientists in other disciplines. Previous recipients include E.O. Lawrence.

Physicist Jingke Xu and computer scientist Kathryn Mohror are among the 73 scientists nationwide who were recipients of the DOE Office of Science Early Career Research Program award. Under the program, Laboratory scientists typically receive research funding totaling $500,000 per year for five years.

The U.S. Air Force recognized the distinguished performance of physicist César Pruneda with an Award for Meritorious Civilian Service while on an off-site assignment as scientific advisor to the Air Force Global Strike Command.

Six scientists have been selected as 2019 fellows of the American Physical Society (see the box below).

Physical chemist Nerine Cherepy was elected to the rank of fellow of SPIE, the international society for optics and photonics.

Climate scientist Karl Taylor has been selected as a fellow of the American Geophysical Union for improving capabilities to evaluate and intercompare climate models and advance understanding of climate responses.

Atmospheric scientist Stephen Klein was selected as a fellow of the American Meteorological Society for outstanding contributions to atmospheric sciences and applications over his nearly 30-year career.

Physicist Jon Belof was elected a Kavli Fellow of the U.S. National Academy of Sciences (NAS) and presented his research at the NAS Frontiers of Science symposium, the academy's premiere activity for distinguished young scientists.

Scientists Félicie Albert, Eyal Feigenbaum, and Bruce Warner have been named senior members of the Optical Society, recognizing their more than 10 years of professional experience in optics or an optics-related field. 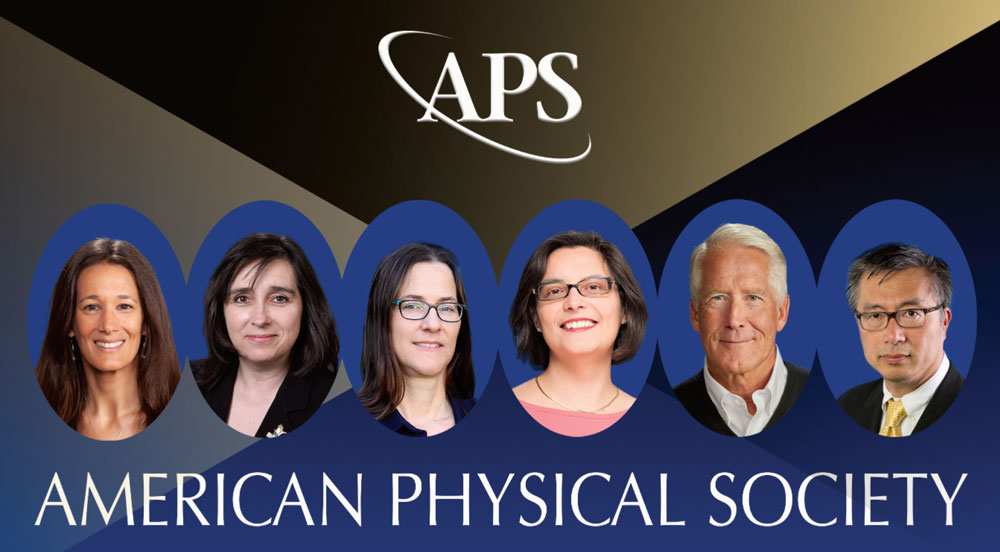 Research scientist Paul Durack was awarded the World Climate Research Programme 2018 Data Prize for his leadership of the input4MIPs project.

Geochemist Thomas Kruijer has won the F.W. Clarke Award from the Geochemical Society. The award honors an outstanding contribution to geochemistry or cosmochemistry, published by an early career scientist.

Nuclear physicist Maria Gatu Johnson, engaged in experimental campaigns at NIF, was named winner of the Katherine E. Weimer Award recognizing outstanding plasma science research by a woman physicist in the early stages of her career.

Computer scientist Ignacio Laguna was selected as one of four 2019 Better Scientific Software Fellows, recognizing his leadership and advocacy of high-quality scientific software.

HPCwire named Lori Diachin, serving as deputy director for DOE's Exascale Computing Project, as one of its "People to Watch" in 2019. The honor recognizes people who are likely to propel the high-performance computing industry forward.

Philip Adams, chief technical officer for NIF, was recognized with a 2018 Oracle Excellence Award for exceptional use of Oracle solutions to accelerate innovation and drive business transformation.

Artist John Jett was honored with a 'Best Comic Design' Adobe Government Creativity Award for his educational comic book explaining NIF and the types of careers that support its operation.

Physicist Tammy Ma was named Woman of the Year for the 16th Assembly District by Assemblymember Rebecca Bauer-Kahan for her commitment to mentoring young students who share her passion for science.