Helping our neighbors through science education and charitable giving

The Laboratory strives to be a good neighbor within its community, offering a wide variety of activities to enhance science, technology, engineering, and mathematics (STEM) education. In addition, students of all ages benefit from training programs LLNL has established. Outreach does not stop with education—each year LLNL staff and LLNS donate more than $3 million to local nonprofits, while hundreds of employees donate their time to local service agencies.

The Laboratory’s education outreach begins with 4th and 5th graders. Each year, more than 12,500 students, along with their chaperones, are introduced to scientific concepts through the Fun With Science program. The ever-popular program offers young minds a tour of LLNL’s Discovery Center, followed by a presentation of hands-on experiments that introduce students to scientific curricula. The Laboratory also offers special tours for high school students, who get to visit the inner workings of biology and chemistry laboratories and interact with scientists at popular tour stops, such as the Additive Manufacturing Laboratory or the National Ignition Facility.

Fun With Science is a mainstay at the Discovery Center (open to the public Tuesday through Saturday), and the show is featured at events throughout the greater San Francisco Bay Area. For example, each year LLNL participates in the Bay Area Science Festival’s Discovery Day, which attracts more than 30,000 young scientists and family members to Oracle Park in San Francisco. Fun With Science is featured at LLNL’s booth, along with a series of virtual experiments to teach attendees about coding, plant biology, planetary physics, global warming, and much more.

The Laboratory also partners with Las Positas College for an annual Science and Engineering Seminar Series, in which LLNL researchers present “behind the scenes” perspectives of how multidisciplinary science really works. The seminars help to connect students to potential career paths. In addition, LLNL unveiled a new “apprenticeship” program for high school–age students considering careers as engineers, welders, or machinists. In 2019, the weeklong workshop provided hands-on training using milling and welding machines for 27 students.

These workshops and internships are a small sampling of the Laboratory’s educational outreach. Each year, LLNL hosts more than 800 students who participate in summer internships, hackathons, and other programs to prepare them for STEM careers. Twice yearly, 200 underrepresented middle- and high-school students from around the Bay Area visit the Laboratory for STEM Day and participate in interactive presentations designed to spark interest in science and technology. 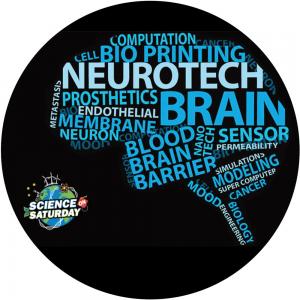 LLNL’s Science on Saturday (SOS) lecture series for middle- and high-school students plays to sold-out crowds every year. More than 6,000 people attended this season’s 16 lectures held in the cities of Livermore, Tracy, and Oakland. Each topic highlighted cutting-edge science and technology, and paired Laboratory researchers with local science educators. This season, SOS presented discussions that dug deep into the human brain, from sensors that listen to brain cells, to new methods for combatting tumors, to deciphering complex brain signals. The events are recorded for the University of California’s TV website as well as LLNL’s YouTube channel.

The Laboratory’s popular Science on Screen lecture series continues to provide a bridge between science fact and fiction. Attracting science students and movie buffs of all ages, the series combines popular feature-length movies with prominent researchers from the Laboratory, who discuss the scientific viability of what’s depicted in these classic, cult, and science fiction films. This year’s series of lectures, again playing to sold-out audiences, also looked at the mysteries of the human brain.

In 2019, employees and LLNS raised more than $3.7 million in the annual HOME (Helping Others More Effectively) campaign, a charitable drive that benefits community and nonprofit agencies in the Tri-Valley, the San Joaquin Valley, and the greater San Francisco Bay Area. Employees pledged more than $2.7 million, while LLNS contributed $1 million in matching funds.

In November, at a ceremony in the LLNS office, Laboratory Director William Goldstein presented checks totaling $150,000 (an increase of $50,000 over 2018). The selected awards serve children in the Tri-Valley, East Bay, Contra Costa, and San Joaquin counties, with a focus on literacy, science, technology, engineering, and math education and cultural arts. Other recipients include children, families, senior citizens, and individuals in need of assistance. 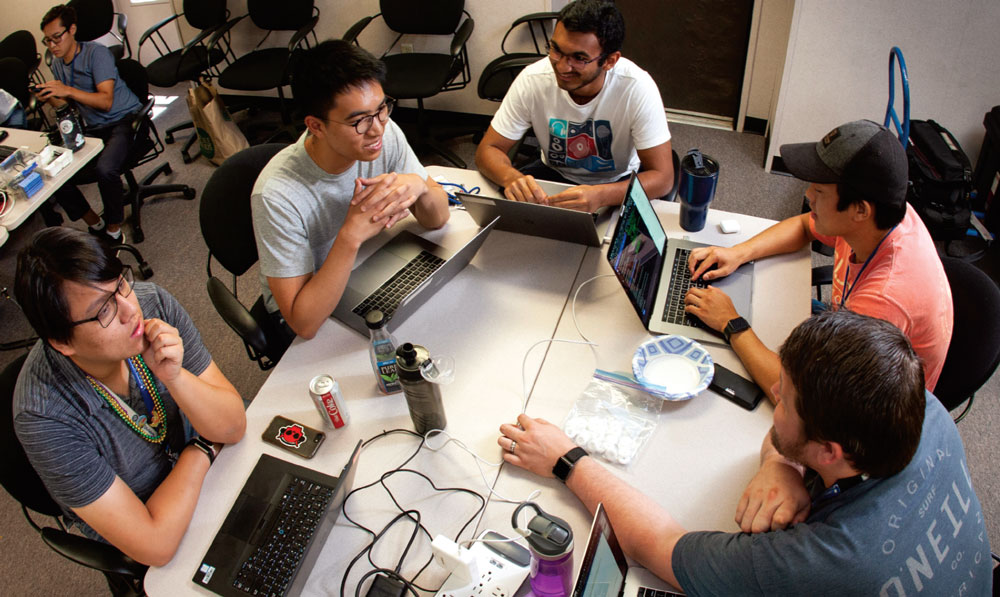 The Laboratory’s Vets2Tech marked its 5th anniversary of assisting military veterans in reentering the workforce. The program, which is now expanded to include civilian students, addresses the labor market shortage for mechanical technologists. Vets2Tech has graduated 44 students with associate degrees, 25 of which now work at LLNL. The program is a partnership between LLNL, Las Positas Community College, Alameda County Workforce Development Board, the Tri-Valley Career Center, and Growth Sector. Vets2Tech has become a model for many of the DOE laboratories and several large companies in the region.