A Laboratory team played a key role in fielding the sixth and last in a series of underground, high-explosives tests conducted down a borehole in hard granite rock. The Source Physics Experiment (SPE) series, fielded at the Nevada National Security Site (NNSS), was designed to improve the nation’s ability to detect and identify low-yield nuclear explosions amid the seismic clutter of conventional explosions and small earthquakes. SPE-6 was a 2.2-ton (TNT-equivalent yield) underground chemical explosion. By comparing the data obtained from SPE-6 to the previous deeper SPE tests as well as data from nearby underground nuclear tests conducted before the testing cessation in 1992, scientists better understand the effects of depth and explosion size on the generated seismic signals. The test series improves the capability to monitor the globe for clandestine nuclear testing by a state or nonstate group. A second phase of SPE, scheduled to begin in 2018 at NNSS, will focus on tests conducted in alluvium soil. LLNL researchers also provide leadership in developing computational tools to analyze seismic events and identify their source.

The laser ionization of neutrals (LION) laboratory is the latest tool developed by Livermore experts in nuclear forensics, a science that LLNL helped pioneer. The tool quickly analyzes nuclear material and provides critical information on a material’s source, the pathway it took from source to perpetrator, and its possible use. LION, first used to perform nuclear forensics on spent fuel samples in 2017, employs a technology called resonance ionization mass spectrometry (RIMS) to measure isotopic ratios of elements such as uranium and plutonium. Lasers tuned to unique resonant frequencies ionize only atoms of elements of particular interest. RIMS requires only small samples and can distinguish between elements with isotopes having the same atomic weight, such as uranium-238 and plutonium-238.

In research sponsored by the National Institutes of Health, Livermore scientists made significant progress in developing a vaccine for chlamydia using synthetic biology. Chlamydia, caused by the bacterium Chlamydia trachomatis, is the most common bacterial sexually transmitted disease and is difficult to treat. The team used a patent-pending technique pioneered in partnership with Synthetic Genomics, Inc., that uses telodendrimer nanolipoprotein particles to produce high yields of so-called major outer membrane proteins in a cell-free environment. Because these proteins are specific to C. trachomatis, they can be used as antigens in a vaccine to protect the patient from real-world infection. The project carries important implications for developing vaccines for other bacteria and diseases that also require difficult-to-produce antigens for vaccination—including cancer.

Another “A” in Forensic Science

The Organisation for the Prohibition of Chemical Weapons (OPCW) awarded LLNL’s Forensic Science Center (FSC) its seventh consecutive “A” grade. Despite a worldwide ban, chemical weapons remain a threat to global security. Since 2003, FSC has been one of only two U.S. laboratories accredited by OPCW—and one of only twenty worldwide. To maintain accreditation, FSC must achieve high scores on OPCW’s increasingly difficult annual proficiency test. It requires accurate detection and identification of chemical warfare agents, precursor compounds, and their decomposition products. Also in 2017, FSC received an “A” for its second biomedical proficiency test given by OPCW. Created in 1991, FSC is home to nationally recognized experts who support chemical, nuclear, and biological counterterrorism activities.

In the event of an atmospheric release of radioactive or other hazardous materials, LLNL’s National Atmospheric Release Advisory Center (NARAC) provides timely and accurate plume predictions to aid emergency preparedness and response efforts in protecting the public and the environment. Predictions must be probabilistic because of uncertainties in weather and release conditions (e.g., location, time frame, and quantity). To test and improve their predictive capabilities, researchers at NARAC used data from an atmospheric tracer experiment conducted three decades ago at California’s Diablo Canyon Nuclear Power Plant. With tens of thousands of computer simulations and their best weather and statistical models, they accurately determined release conditions and provided an estimated margin of error.

In a related development, NARAC researchers completed a working prototype of a software tool that can help federal, state, and local emergency responders rapidly identify hazard zones following a nuclear detonation. This tool can quickly assess the areas damaged and impacted by a nuclear detonation and subsequent fallout, for example, caused by a terrorist attack. 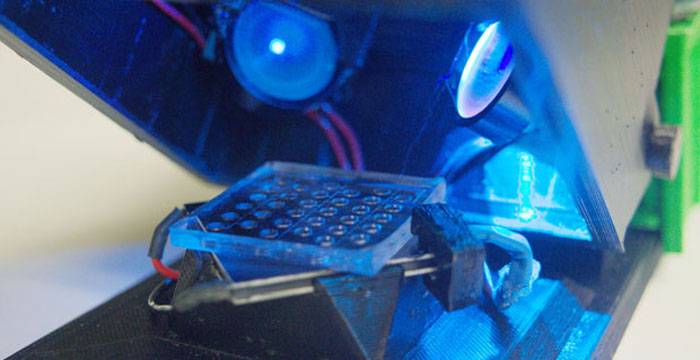 Researchers from LLNL and the University of Wisconsin, Madison, developed a low-cost, portable diagnostic kit that provides timely, accurate pathogen identification for an infection. The shoebox-sized kit is easy to use and runs on 9-volt batteries. A soft plastic reader called a bacteria-detection chip performs a recombinase polymerase amplification assay in about 1 hour and can simultaneously assess up to 16 different diseases. Pathogen identification is the critical first step in effective patient care.