Overseeing management and operating the Laboratory for DOE/NNSA

Kimberly Budil, Ph.D. Chair of the Nominations and Compensation Committee ; Vice President for National Laboratories, University of California, Office of the President 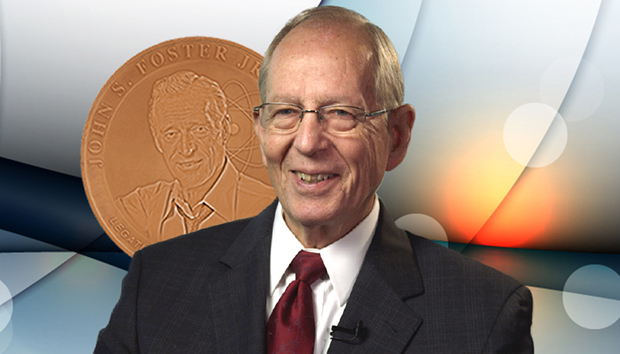 General Welch Honored with Foster Medal Retired U.S. Air Force General Larry D. Welch is the second recipient of the John S. Foster Jr. Medal. Welch has been dedicated to serving the nation since 1951, earning a reputation as an inspirational leader, team builder and innovator. His distinguished career is highlighted by service as the Chief of Staff of the U.S. Air Force and a member of the Joint Chiefs of Staff from 1986 to 1990. Welch also served as Commander in Chief of the Strategic Air Command from 1985–86, responsible for operational planning for all U.S. strategic nuclear systems. Welch continues to serve the nation as a senior fellow of the Institute for Defense Analyses. He led the institute as president and chief executive officer from 1991 to 2003 and again from 2006 to 2009.

The John S. Foster Jr. Medal is administered by LLNS to commemorate Foster’s exceptional and inspirational career. Each year, the medal is bestowed on an individual who has demonstrated exceptional leadership in science, technology, and engineering or policy formulation in support of U.S. nuclear security.

LLNS is a limited liability company managed by members Bechtel National, Inc.; the University of California; BWXT Government Group, Inc.; and the URS Division of AECOM. Battelle Memorial Institute also participates with LLNS as a teaming subcontractor. Cutting-edge science is enhanced through the expertise of the University of California and its 10 campuses and LLNS’ affiliation with the Texas A&M University system.