Recognition by the scientific community and other stakeholders affirms the high quality of Livermore’s work and innovative spirit. The awards on these pages showcase the efforts of the Laboratory’s talented staff.

Former deputy director of the Laboratory’s Center for Global Security Research Mona Dreicer received the NNSA Administrator’s Distinguished Service Gold Award for her many accomplishments during a long, distinguished career in arms control and nuclear nonproliferation.

LLNL staff were presented with 10 DOE Secretary’s Achievement awards, which are given to teams that have made outstanding accomplishments. The honored teams (some multilaboratory) engaged in COVID-19 response, high-performance computing, nuclear
nonproliferation and emergency response, workforce recruiting and security,
and carbon neutrality projects.

Physicist Andrea Schmidt and research scientist Xue Zheng are among 83 scientists nationwide who were recipients of the DOE Office of Science Early Career Research Program award. Under the program, Laboratory scientists typically receive $500,000 in research funding per year for five years.

LLNL engineer Bill Pitz earned a Lifetime Distinguished Achievement Award from DOE’s Vehicle Technologies Office for his significant contributions to the field of chemical kinetics applied to fuel combustion in engines. Pitz was also selected as a Society of Automotive Engineers fellow in 2021.

Physicist Christopher Cross received the Meritorious Civilian Service Award from the Department of the Army for his service as a member of the Army Science Board. The honor is the second highest award granted by the Secretary of the Army or a major Army commander to civilian personnel.

Three scientists have been selected as 2021 fellows of the American Physical Society (see box below).

The Institute of Electrical and Electronics Engineers (IEEE) elevated Livermore Computing’s chief technology officer Bronis R. de Supinski to the rank of fellow, recognizing his leadership in the design and use of large-scale computing systems. HPCwire also chose de Supinski as one of its “People to Watch” in 2021.

Computational mathematician Robert Falgout was selected as a fellow of the Society for Industrial and Applied Mathematics (SIAM) for his work on multilevel solvers and his service to the community.

The Association for Women in Mathematics (AWM) named LLNL computational scientist Carol Woodward as a fellow. The award highlights her efforts to encourage more women to pursue careers in mathematics and her leadership in AWM and SIAM activities.

Physicist Tammy Ma received the 2021 Excellence in Fusion Engineering Award from Fusion Power Associates for “the impressive and influential body of scientific work she has completed during her relatively short career to date.”

Experimentalist Peter Celliers was recently elected vice-chair of the American Physical Society Topical Group on Shock Compression of Condensed Matter. This one-year responsibility is the first of a four-year executive committee assignment.

The Krell Institute, a nonprofit organization serving the scientific and educational communities, awarded computational scientist Jeff Hittinger with its 2021 James Corones Award in Leadership, Community Building and Communication, which recognizes mid-career scientists for their research and mentoring accomplishments.

LLNL postdoctoral fellows Oluwatomi (Tomi) Akindele, Matthew Edwards and Wei Jia Ong were selected by the University of California Office of the President to attend the 70th annual Lindau Nobel Laureate meeting in Germany to interact with 30 to 40 Nobel laureates and 600 other students and postdocs from around the world.

Computer scientist Rushil Anirudh co-authored a paper that received the Best Paper Honorable Mention award at the 2021 IEEE Winter Conference on Applications of Computer Vision. The award was given based on the work’s potential impact to the field. 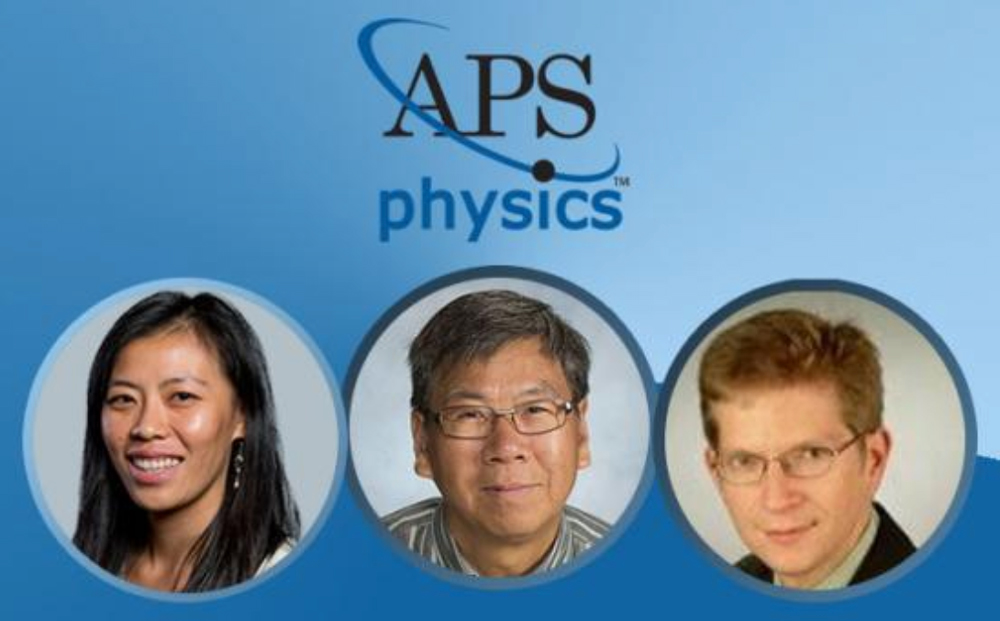